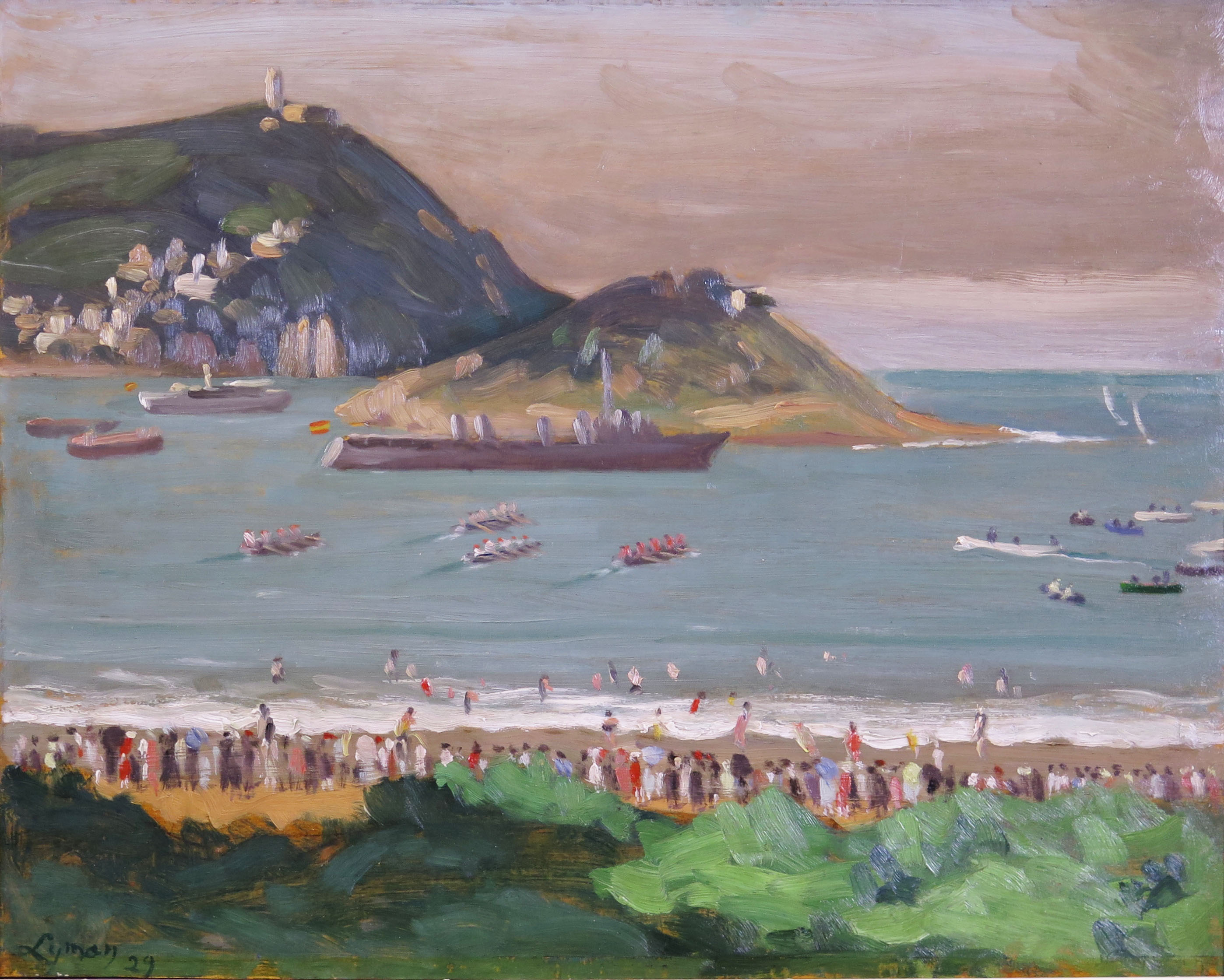 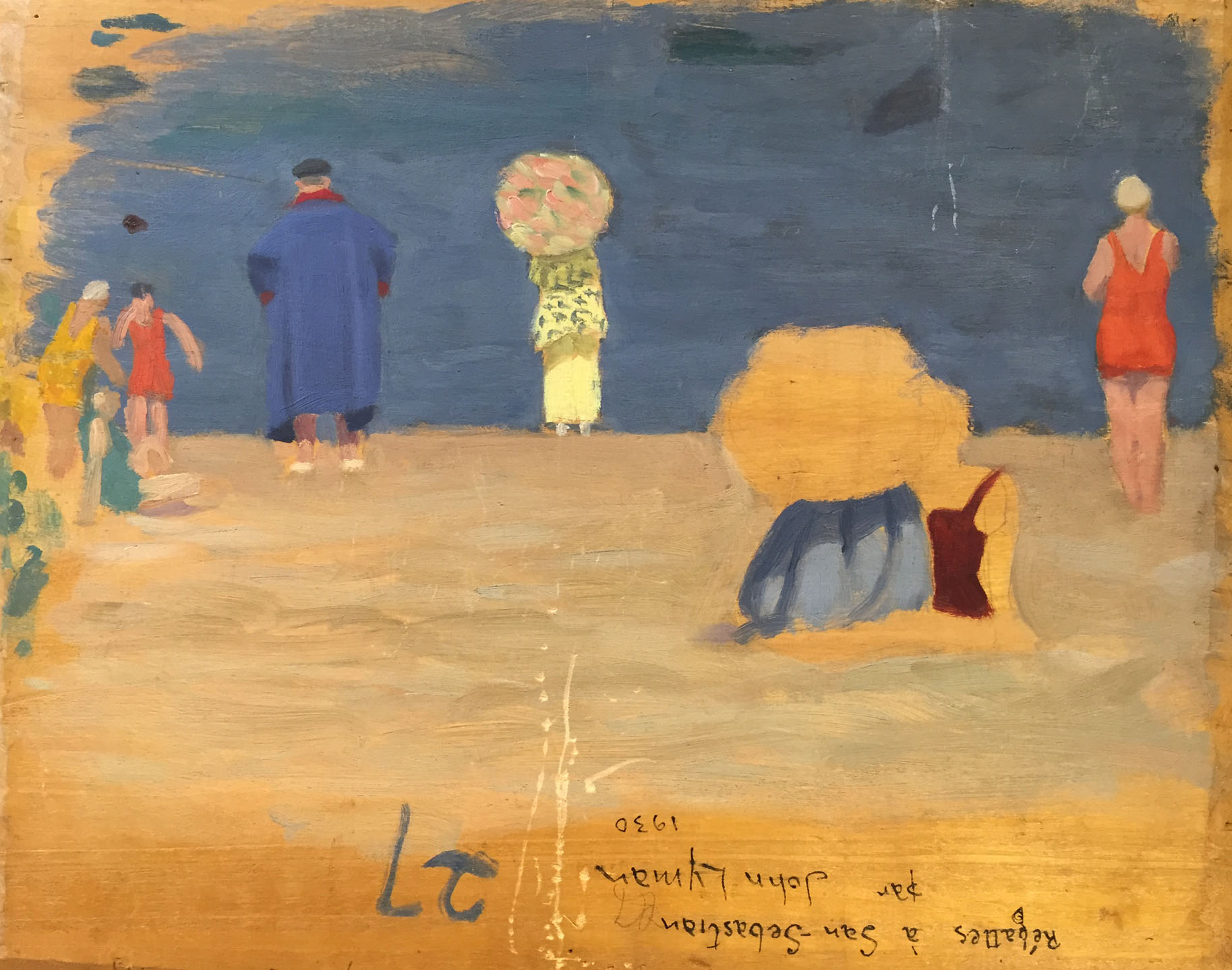 On the back of the small panel, we discover an undocumented sketch for On the Beach (Saint-Jean-de-Luz), one of John Lyman’s masterpieces (previously sold by Galerie Walter Klinkhoff). This oil sketch is one of several similar ones already known and which are held along with the finished painting at the National Gallery of Canada [4].  The uniqueness of this sketch, however, is that it contains a draft of the principal theme of the final painting, namely the couple sitting on the beach beneath a bright red parasol. Close scrutiny of the other figures in the small study reveals the silhouette of the swimmer in a red bathing suit who, in the finished painting, is entering the water at the right in the composition. The woman standing with a light parasol in the sketch also appears in the finished painting at the extreme left-hand of the composition, partially hidden by the gendarme.  This sketch offers a most important insight into the creative process of one of Lyman’s finest paintings.