One of Bush's Final Paintings belongs to Select Group 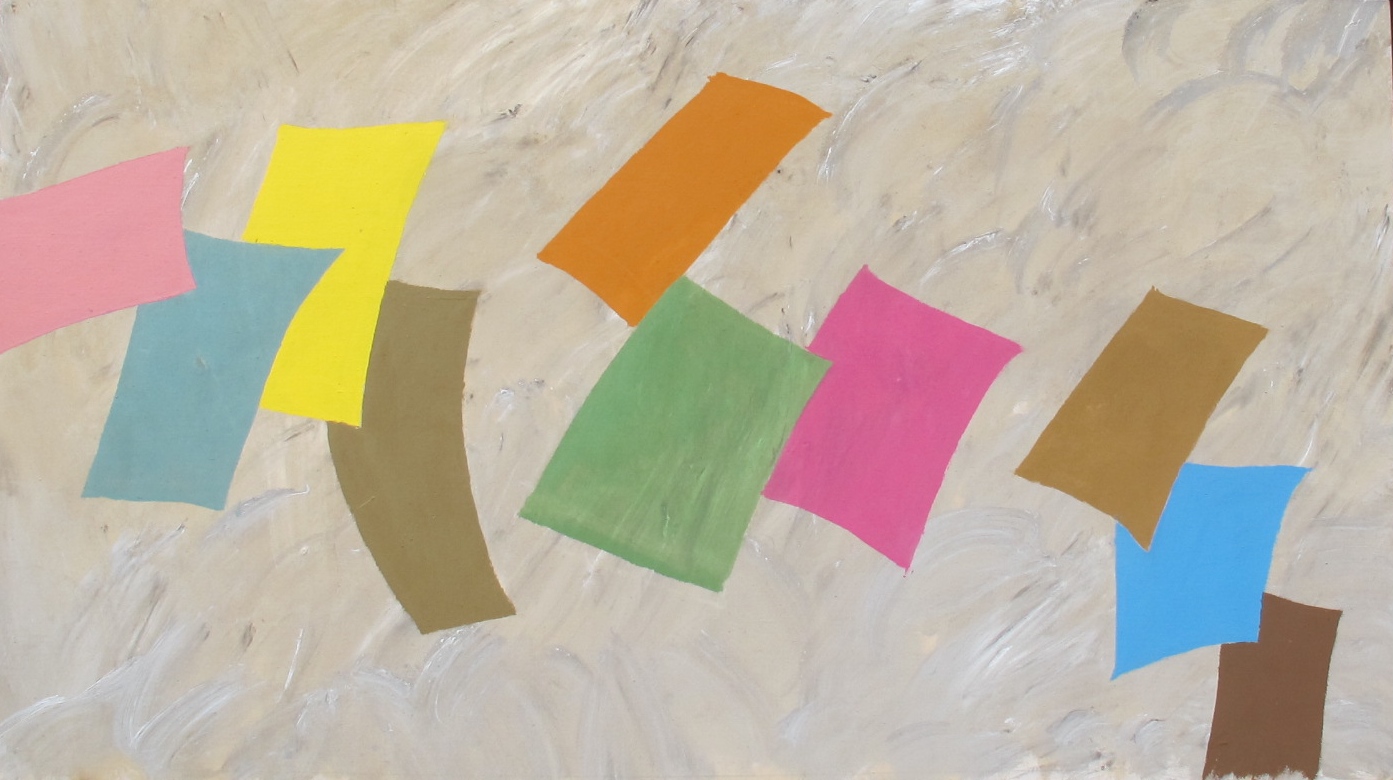 Painting is one of no more than 30 from "handkerchief" series, and the third to last in his records

As carefree as Jack Bush’s paintings appear to be – in their handling of paint and ‘ad-libbing’ of colour – he was remarkably careful. The artist kept three tidy record books, which stood as an inventory of his fine art. He recorded matters such as titles, dates, dimensions, medium and sometimes exhibition and sales accounts for all of his painted works spanning 1930 through December 1976. Come Along appears as the third-to-last paintings in his records.

Come Along belongs to a brief series of paintings known as ‘handkerchief’ works. The name for this type of painting is due to the shapes of colour that look like handkerchiefs floating in, and sometimes partway outside of, the picture plane. No more than 30 works belong to this series, one of which – Mood Indigo (1976) – is now in the collection of the Metropolitan Museum of Art in New York City.

His handkerchief series was his last distinguishable ‘type’ of painting and, yet, evidence in drawings found in the artist’s studio after his death suggest that he was getting at something new but still rooted in the handkerchief works. This time, instead of floating squares and rectangles, Bush was toying with the idea of circles and ovoid shapes across the painting’s surface. One cannot help but wonder what the artist may have gone on to create had he not died in the midst of a period of mature strength and confidence in his work. You might say that the title of this painting – Come Along – asks us, the viewer, to commit to looking ahead to more visual delights to come.

The playfulness of Bush’s cuts of colour in Come Along – swaying from left down to right across the canvas – move in sync with the swipes of sponged-on paint that sets the ground for this painting. Bush began using a sponge to create the backgrounds of his paintings in the summer of 1974. By December 1976, he had mastered the technique.

Through the 1960s and 70s, Bush’s work, and closest artist peers, belonged to the modern art movement known as Color Field. Color Field put all emphasis on the formal elements of art – line, colour, shape, and medium – and played with notions inherent to art practice alone, therefore ignoring issues such as social or political context. There is much discourse on Color Field’s celebration of flatness in painting, which is an inherent challenge for all artists who approach a blank canvas, as well as a final frontier for Modernist painting. Yet, just as Bush appears to celebrate flatness with his highly two-dimensional handkerchief shapes, he was careful to allow for some transparency in a few of these shapes, giving us a glimpse of the background and thereby reminding us that although Modernist painting steered clear of perspectival depth (as was the pursuit in early modern art for so many centuries before), illusion is always present in painting.

We thank Dr. Sarah Stanners for this appreciation. Dr. Stanners is currently directing and authoring the forthcoming Catalogue Raisonné of paintings by Jack Bush (read more at jackbush.org). Along with Marc Mayer, she is co-curating a major Jack Bush retrospective exhibition for the National Gallery of Canada (14 November 2014 – 22 February 2015) which also travels to the Art Gallery of Alberta (May 30-August 23, 2015). Dr. Stanners earned her Ph.D. from the University of Toronto’s Department of Art in 2009.

© The text on this webpage is protected by Copyright